Sesame is here! A lovely bunch of bloggers have jumped in to help me out at this time so I don't have to worry about a newborn, a toddler AND blogging. Today, Kirsty is here to talk about expecting the unexpected.

I am a mother of three. I am by no means an expert on parenting but I do know one thing. When you have kids, you have to leave your expectations behind and expect the unexpected.

And that means from the very start.

From the first moment you know you are expecting, stereotypes and advice and expectations are thrown at you. The pressure to be a good mother, to make the right decisions for your unborn child, to have the latest baby gear, to embrace the experience even when you're physically and emotionally spent - the pressure can be huge.

Then you get to the birth and the pressure reaches a crescendo. A natural drug-free birth followed by two years of breastfeeding and time at home from work may be the ideal but it's not always the reality. And because that may not be your reality does not make you any less of a mother or any less worthy of having a child.

I had all sorts of plans and dreams for my births and my kids. And they haven't turned out the way I planned but that's okay. I had three medically assisted births, I have two kids on the autism spectrum and one child with albinism.

And while I never expected these challenges I would not change them either.

I have learned from experience that you have to let go of what's not so important (your expectations) and embrace what is important (your relationship with your kids) else you'll never be the mother you are meant to be.

My first child was posterior and was born by emergency c-section, completely unexpected after a perfect pregnancy and quick labour. I had planned a drug-free natural birth and had to accept that the health of my child depended on me letting go of my dreams and doing what needed to be done to bring him safely into this world.

I instead concentrated on the wonder that was my cone-headed, white haired boy once he made his dramatic entrance into the world. The wonder and drama have never left and I am thankful everyday that he came into my life.

I was told I was a 50/50 chance of having the same thing happen in subsequent labours, so I elected to have a planned c-section for my second child. She, however, had other plans and decided to arrive 3 weeks early. By the time I got to hospital I was nearly fully dilated so I could not have the c-section as planned.

I had to put aside my fears and expectations yet again and face the prospect of trying for a natural delivery. Unfortunately my daughter was also posterior and after an hour or so of futile pushing I was prepped for another emergency c-section. Luckily as she was so small, I was able to have her naturally - albeit in theatre with the help of forceps, ventouse and an episiotomy...

Again I concentrated on her tiny form and perfect features rather than my anger and disappointment of another birth that had not gone to plan.

Third time around I again elected to have a c-section as I did not want to go through all that pain yet again, knowing that I would probably not be able to successfully deliver on my own. This time my baby was in no hurry to arrive and I ended up at the hospital one morning, not so calmly waiting for major abdominal surgery.

I have never been so scared in my life.

For the record, there is nothing easy about an elective c-section. I thought I would be okay as I had had a c-section before.  But I did not expect to feel such a mess of helplessness and fear.  I was so overcome by these feelings that I almost forgot why we were there in the first place!

So it was a total revelation when my angelic baby daughter was first placed in my arms - I immediately forgot the fear that had engulfed me and began to embrace the fierce love that came to take it's place.

Again my expectations had been tested and found wanting....

So, if I could give a new mother any advice at all, it would be this - leave your expectations behind.

Sure, have your hopes and dreams but be prepared embrace different ones if need be. Don't beat yourself up if things don't go to plan.

And don't get so caught up in your own disappointment that you forget what's really important - your relationship with your child.

Because that, in the end, is what really matters.
Kirsty Russell is a working mother of three trying to retain her sanity while seeking that elusive mirage called a work/life balance. Apart from working, kid-wrangling and occasionally enjoying a hot cup of tea, Kirsty is also a special needs parent to two kids on the autism spectrum, one of whom also has albinism.  Because she needs even more to do, Kirsty also blogs about her life at http://www.myhometruths.com and also stalks facebook, twitter and Google+ - yes, she’s a little insane! 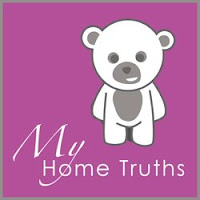