Last weekend we went away and I spent most of the time in bed. Partly because I couldn't handle some of the people that were there but mostly because I felt like shit. I think the main problem is my crappy blood pressure which at last appointment was a wonderful 80/40. Also sesame decided to totally switch positions which was a real bitch.

Sesame is one active little kicker, puncher, head butter, whatever. She's not waking me up in the middle of the night yet but I know it's going to happen soon. Lufflump has felt her kick, as has the mister and my mum. Pretty much anyone can though as it's quite noticeable and full on. I predict I'll be able to do the Malteaser kick in later months.

I don't remember needing to pee so often last time. Although I remember feeling the whole pelvis stretching and I don't think I have that happening this time. At least not yet. I've heard about braxton hicks  happening early on but haven't had any yet. Are you supposed to start the Raspberry Leaf Tablets later on each pregnancy?

I'm still craving KFC and lately chocolate although it tastes different when I eat it. Not good different either. So disappointing. I'm LOVING Chai more and more though. It's so delicious. Other than that nothing has changed or happened. 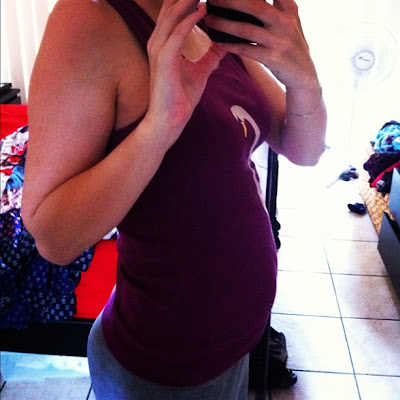 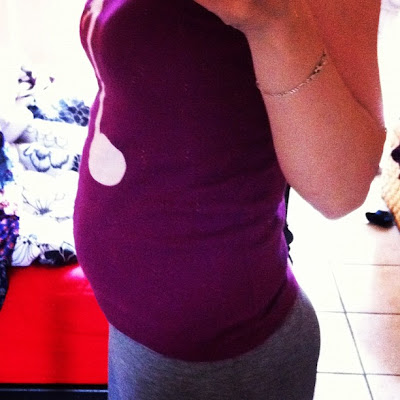